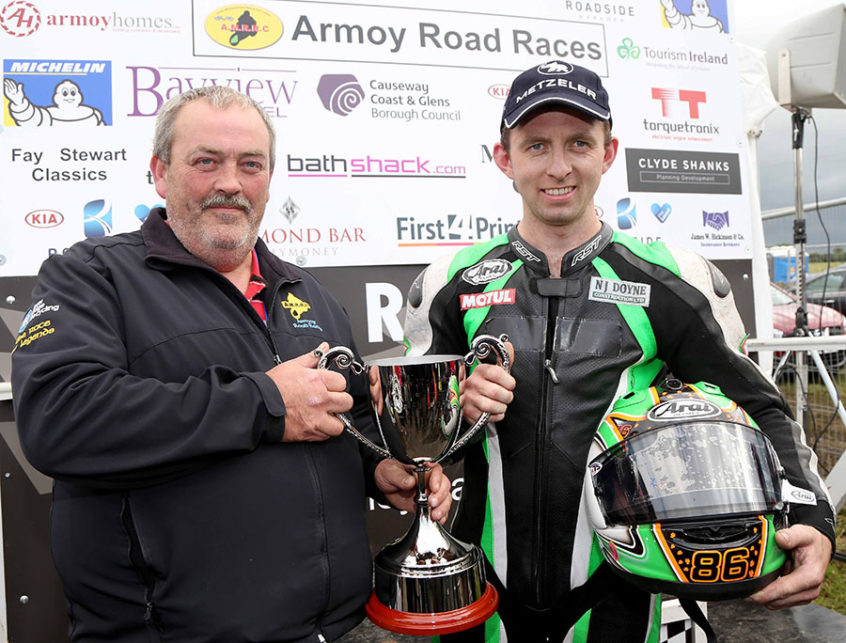 With the course complete and dry weather to date, the Armoy Motorcycle Road Racing Club is all set for a good weekend of road racing for their 10th Anniversary and the Bayview Hotel Race of Legends 2018. With practice and qualifying racing followed by two races on Friday 27th July and then a nine-race programme on Saturday 28th July 2018, the Club is looking forward to a great event.

There are entries from the Republic of Ireland, England, Scotland, Czech Republic, Germany, Taiwan, New Zealand and the US, all mixed in with our very own Northern Irish riders. The Armoy races continue to attract good riders and will see names like Englishman, Christian Elkin now living in Randalstown, Mark Goodings from Doncaster, Dominic Herbertson from Hexham, Thomas Maxwell from Westmeath and Derek McGee, who’s on a 14 race winning streak and last year’s Armoy man of the meeting, from Mullingar. 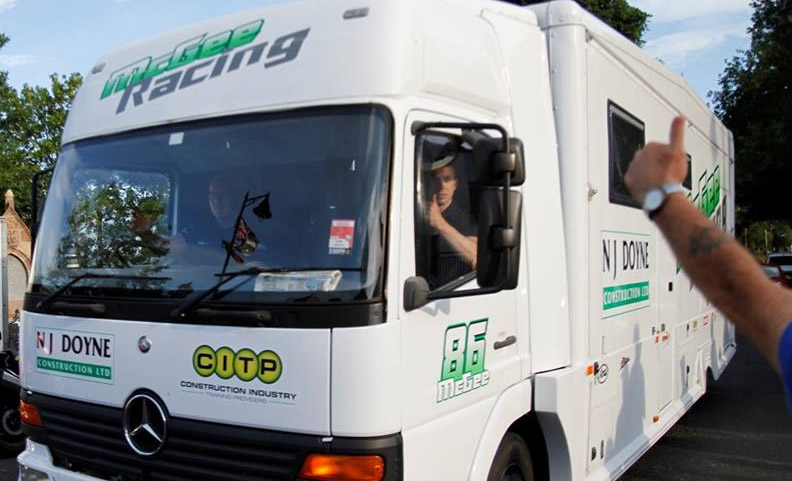 This year 23 times TT winner, John McGuinness is attending the Armoy Road Races. As a life long admirer of the Armoy Armada, he is looking forward to visiting Armoy and engaging with his fans in Northern Ireland.

Bill Kennedy MBE, Chairman and Clerk of the Course said, “We’ve a good entry this year and some great up and coming riders like Davey Todd from Brotton riding for Burrows Engineering Honda CBR, who took a podium last year and we’ve also newcomer Tom Weeden from Kent, who was the 2016 Senior Manx GP winner. I’ve no doubt the competition will make for some very exciting races around our three mile circuit in Armoy this weekend.

“I’m also delighted that John McGuinness is coming to Armoy and although he’s not racing, it will be great to have him in the paddock, out and about chatting to folk and selling his merchandise.

“The set up over the last two weeks has been great, with good weather on our side most of the time, it has allowed for everything to be put in place that little bit quicker. The help from the many volunteers has been tremendous, with even lads coming from Scotland for the whole week just to help us out.

“With Bike week this week, the village has just been buzzing with all sorts of activities and people. It’s tremendous to see the folk that have travelled far and wide just to be part of the week and Armoy Road Races. So, I’m putting one last call out to everyone to come and support the Armoy Road Races and the Club, I believe that there will be two very good days of road racing.”

The event is part funded by Causeway Coast and Glens Borough Council and Tourism Ireland.

The official 10th anniversary race programme can be purchased at a cost of £15 or €18 from the AMRRC Office and a number of local businesses in the area including the Armoy Garage and the Armada Inn.

The roads surrounding Armoy will close on Friday 27th July to allow for the qualifying and practice race from 12:30pm, reopening no later than 9:30pm. On Saturday 28th roads will close from 10:00am and will reopen no later than 7:30pm. Please support the club by using AMRRC official car parks op buying a programme, proceeds of which will go directly back to the Club.