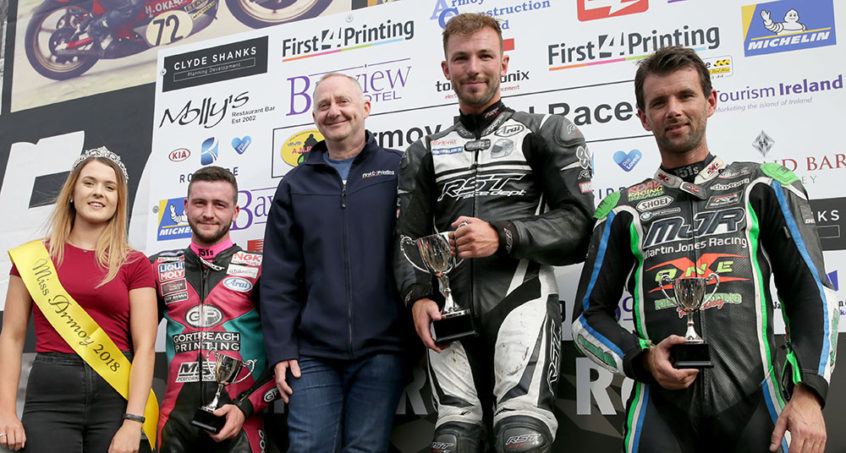 PRACTICES and racing at Armoy took place on Friday 27th July but Saturday’s nine race programme was abandoned due to the horrific weather conditions.  The previous day had saw the practices and two fantastic races take place, which set the scene for a great Saturday. It was not to be.

The races that went ahead on Friday night were two thrilling races. The First4Printing SuperSport Race saw Magherafelt man, Paul Jordan, clinch the top spot on the podium from Tobermore rider, Adam McLean, with third place going to Michael Sweeney from Skerries. 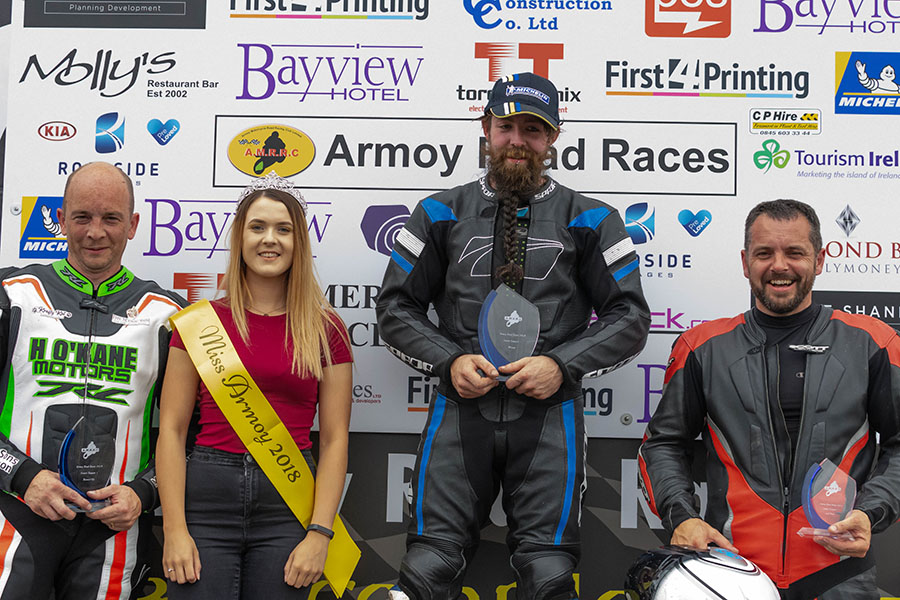 A statement on Saturday by Bill Kennedy MBE, Chairman and Clerk of the Course, said, “Given the conditions on the course and the weather today, due consideration has taken place by the stewards officiating and the Clerk of the Course, in addition to senior competitors. A decision has been made in the interest of safety to abandon this meeting.

“The Club would like to thank and acknowledge the support of the competitors, sponsors, volunteers and public. We can only look forward to next year’s event.”

Until Saturday, the Club had a great and jam-packed Bike Week.