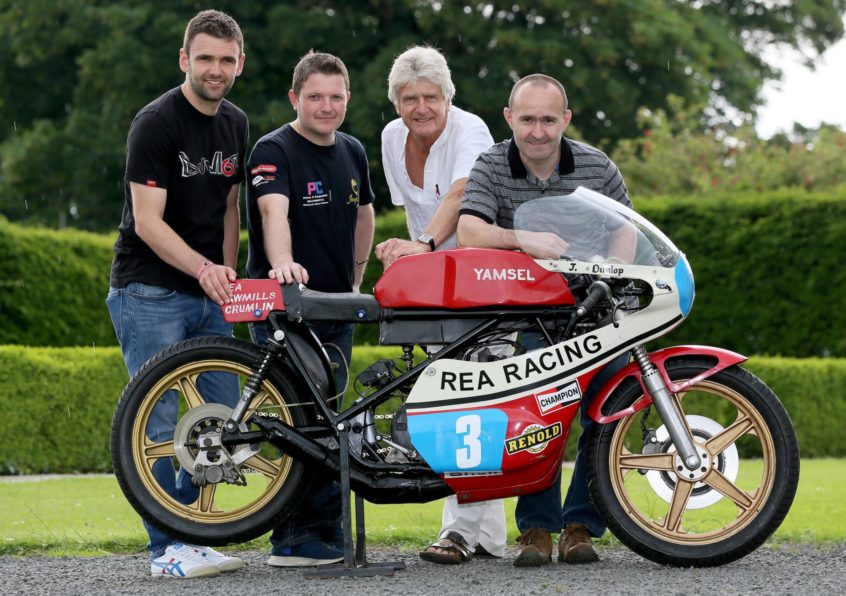 The youngest national road race in Ireland, the Armoy Road Races, confirmed this week that leading TT newcomer at the Isle of Man TT 2017, Adam McLean, will be at this year’s races on the renowned three-mile circuit come Friday 28th and Saturday 29th July 2017.

The announcement was made at the official launch of the Roadside Kia ‘Race of Legends’, which was held at Gracehill House, Stranocum on Wednesday 21 June 2017 alongside a keynote presentation from David Wallace, the film producer of Road Racers and a local Dunloy man.

2017 is the 40th anniversary of the original 1977 documentary, which truly captured the heady mixture of three local men, their families and their passion, drive and love of road racing. He gave a short presentation on why and how the film was made but having won two BAFTAs for other work, David freely admits that “the Road Racers film gets talked about more than anything else. I wanted to produce a genuine documentary in Road Racers that would give an insight into something very special but I was taken by surprise by its success.” Some key scenes of the film depict the three riders, Joey Dunlop, Mervyn Robinson and Frank Kennedy, riding through the village of Armoy where they often tested their bikes. 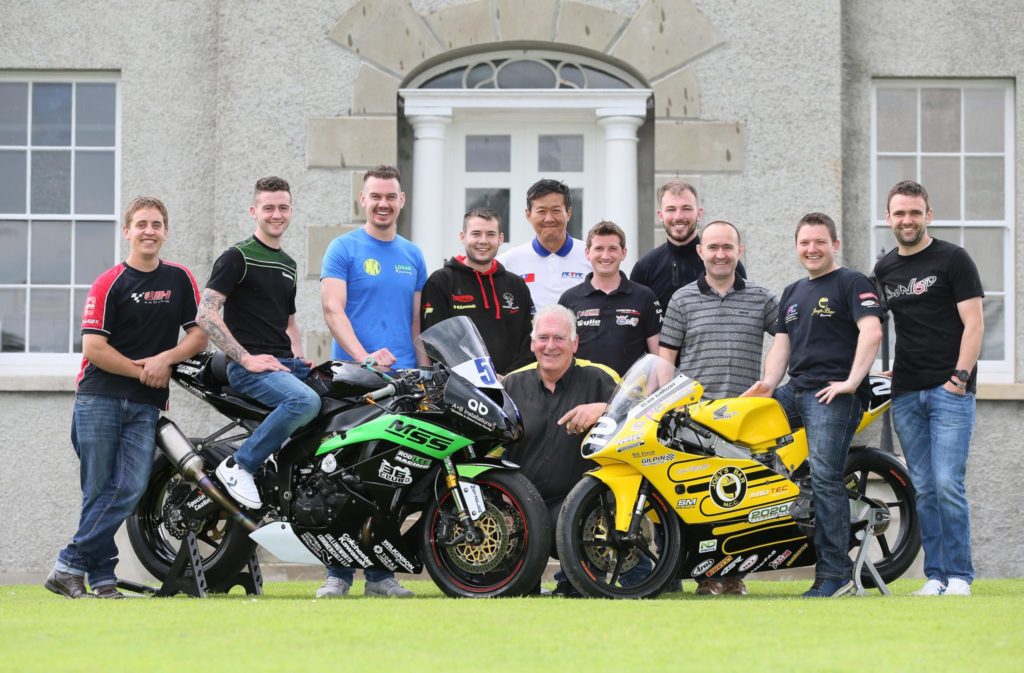 Bill Kennedy MBE, Chairman and Clerk of the Course, AMRRC said, “We are delighted to host, film producer and local man, David Wallace. It is difficult to comprehend that this film, Road Racers, was made 40 years ago, let alone the impact this film would have in years to come, the place it has in people’s hearts and the iconic level that it has reached across the whole road racing community.

“The Armoy Road Races came about as most of you know, after a bit of craic in a local pub. It’s hard to believe come September that we will be in our tenth year and that we continue to celebrate all of our road racers, past and present, including the reputed Armoy Armada.

“It is also hard to be believe how exceptionally fast 2017 is disappearing but we are on target with our planning. With additional monies from the Department of Communities and some work on the roads, courtesy of Transport NI, these races are set to be one of the best.

“William Dunlop was man of the meeting in 2016 and I’ve no doubt he will be keen to revisit his Armoy winning streak. As of yet, brother, Michael Dunlop, who retains the title of Race of Legends winner, having won in six successive years has yet to confirm his entry but the Club is hopeful he will race on his home course come July.

“VIP Corporate Hospitality Tickets are selling exceptionally well with folks from as far away as Wexford and Shropshire as well as Aberdeen en route. It’s getting down to those last few weeks, last minute riders’ entries, final preparations for setting up the course and then we will be ready for the best national race in Ireland.”

Also in attendance were the Mayor of Causeway Coast and Glens Borough Council, Councillor Joan Baird, Terence Brannigan, Chairman of Tourism Northern Ireland, members of the Armoy Club and other guests and sponsors including title “Race of Legends” sponsor, Roadside Kia.

Terence Brannigan, Tourism NI Chairman also commented, “Armoy Road Races are one of Northern Ireland’s prime motorsport gatherings, attracting motorcycle riders and spectators both locally and internationally. As the event goes from strength to strength it has an important role to play in tourism, in contributing to the economy and in enhancing our reputation as a destination.

“Given that this event is built on such a strong heritage, this is a great opportunity for many of the visitors who come to the races and stay, to explore the area and visit the many other sights and events that it has to offer.” 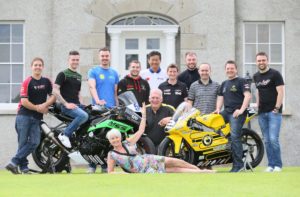 Mr David Boyd, Roadside Kia, title sponsor said: “Now that the TT is over, it’s getting to the stage that most of us are patiently waiting for the next road racing event. The Armoy Road Races is one of the must attend events and I for one, along with my team at Roadside Kia, just can’t wait until Race Week. We are very proud to be associated with this event.”

Bill Kennedy concluded: “I’d like to finish by thanking event sponsors Causeway Coast and Glens Borough Council and Tourism NI for their very kind support. I’d also like to thank our title sponsor Roadside Kia. Without the support and sponsorship from these organisations and other sponsors present here today, the event just wouldn’t be possible.

“I often don’t get a chance to publicly thank the many hard working Club members and volunteers but as with the sponsors these races wouldn’t happen without their input. Now there’s still a bit of work to be done, but I look forward to seeing you all on Friday 28th July and Saturday 29th July 2017!”