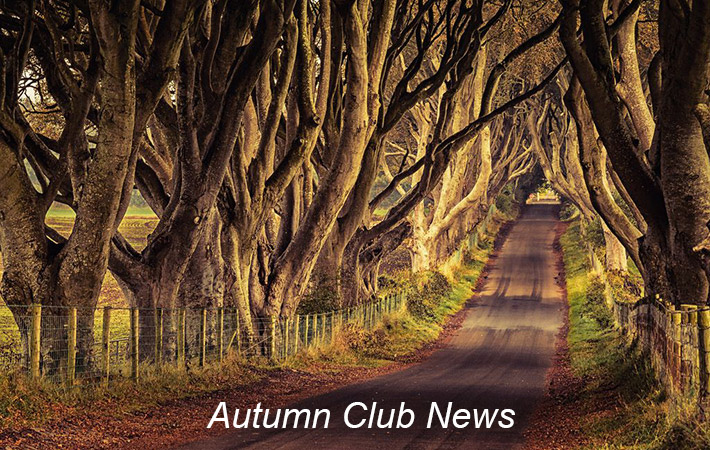 AGM: The Annual general Meeting was on Wednesday 4th September with a couple of top table changes. Outgoing Chairman William Munnis who took the role last year at the eleventh hour has decided to have a year out and we wish William, good luck trying that!  No one needed coerced and the returning club officers included;

Malcolm (Mick) Colgan was proposed as President, and we have Jean McPherson returning back to the top table after being elected as the Armoy Club Chairman.

Jean has undertaken many roles since joining the club in 2007 including club secretary, race secretary and race liaison.  She has been responsible, in the main, for completing and submitting all Armoy paperwork, formulating policies and procedures and has even had a go at producing a programme or two!

This year, her main responsibility is to represent the club in its vision and purpose, providing leadership and ensuring that the Management Committee functions as it should in order to achieve its objectives. There is no better person.

No doubt the year to come will be a very busy one for jean but with the support of the Directors, Management Team and club members, she “looks forward to meeting the many challenges” that no doubt lie ahead.

Much like the Armoy club, we know it’s a team effort and we also want to say a massive congratulations to Tommy’s wife Kathleen, who was by his side at every race throughout the season and normally found running with the trolley down the grids allowing them both to achieve their dream of winning the championships.

Road racing news reported ‘Armoy Road Races, 53 different race winners throughout past 10 years’ which is some accomplishment when you consider Michael Dunlop has 17 Armoy wins with a record breaking 8 (eight) in a row, Race of Legends wins.

Website shop has new stock: The online shop has had a wee tidy up with some new products having been added, just in time for Christmas!      New products include the ‘Big Frank’ Kennedy tribute DVD and of course the 2019 Armoy Road Races DVD from this year. Still popular is the Armoy – The story behind the races DVD this one-hour documentary covers a brief history about the Armoy Armada team and focusses on the development of the Armoy Road Races since its inaugural race in 2009 and up to 2014, Speaking to race officials, riders and sponsors from the few years, this documentary takes an in-depth look at the people behind the scenes who are dedicated to honouring the legacy of the Armoy Armada.

Popular with race fans are badges, and the stock has been checked and surplus badges are now available in the revamped shop.

2020 Membership: The new membership card and badge will be available shortly, more details to follow.