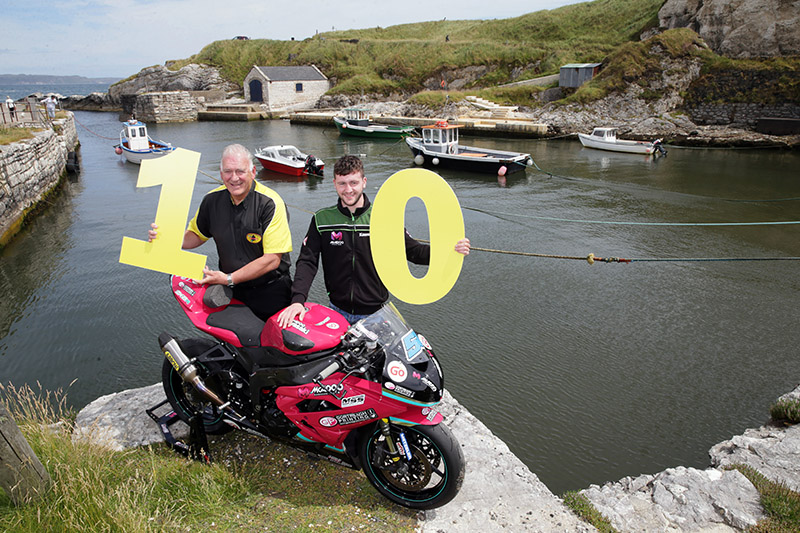 NORTHERN Ireland’s prime motorsport event is set to return with a bang, as the Armoy Motorcycle Road Racing Club officially launch the 10th anniversary Bayview Hotel Race of Legends 2018. Taking place during the last weekend in July, the Armoy Road Races welcome the best-known riders both locally and internationally to the picturesque village of Armoy, County Antrim, for a weekend of world class road racing.

Compered by Pamela Ballantine, the launch saw road racers, sponsors, invited guests and club members come together to celebrate the past ten years of the Armoy Road Races, with a panel discussion from club members, sponsors and the best of racing talent, Northern Ireland has to offer.

It was also announced at the Launch that 23 times TT winner, John McGuinness will be attending the Armoy Road Races this year. A life long admirer of the Armoy Armada, John will be bringing his merchandise to the national road race. He’s looking forward to engaging with his fans in Northern Ireland and visiting the Bayview Hotel Race of Legends for the first time.

Following the launch, Clerk of the Course, Bill Kennedy MBE said, “The turn out for the launch was a great reflection on what we expect from the races this year. There is a lot of expectation for this year’s event, considering that we are celebrating a very significant milestone and I have no doubt that it will not disappoint.

“The news, hot off the press, that TT Legend John McGuinness will attend our 10th Armoy Road Races is just great. As you know, he’s a great fan of Joey Dunlop and the Armoy Armada and we will ensure, that although John is not racing, he will be given a very warm Armoy welcome.

“Race entries don’t close until Monday 2nd July and with the Isle of Man TT just finished many riders are only turning their attention to the Armoy Road Races. I’m confident that Armoy will once again attract some of the best road racers.” 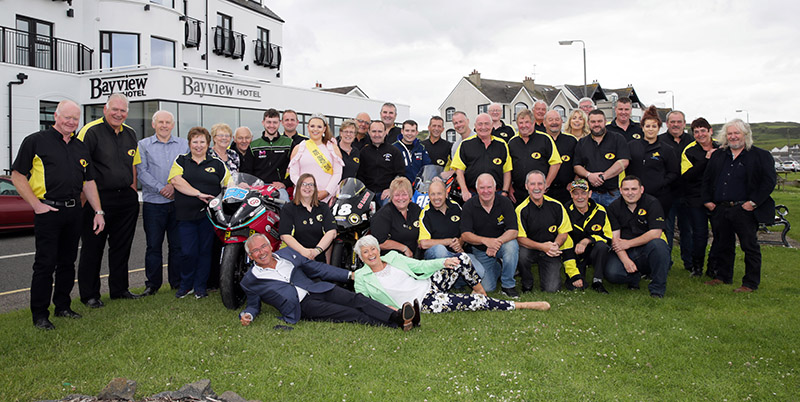 McAdoo Kawasaki Adam McLean, on the back of winning the Post TT Supersport race and Ballymoney man Darryl Tweed attended the launch in advance of the races.

“I am delighted to celebrate the official launch with colleagues, friends and of course our sponsors, who have been crucial in making all of this happen and I would like to thank each and every one of them both personally and on behalf of the club for their continued support. “Looking back over the last ten years, we have had some amazing highs and we will not forget some of the disheartening lows. All in all, I am very proud of what we, as a community, have achieved and I have full faith that 2018 will be our best year yet!

“It is the support and dedication of the Club and sponsors that ensure the success of the races year after year, so for that, the 10th anniversary celebration is for them.”

Bill concludes; “Aside from the anticipated racing, we have got a whole host of fantastic events lined up for race week, from a photography exhibition and barbeque to a classic car display and of course the renowned Miss Armoy competition, I would encourage everyone to extend their weekend and help us in celebrating the fantastic 10 years we have had.”