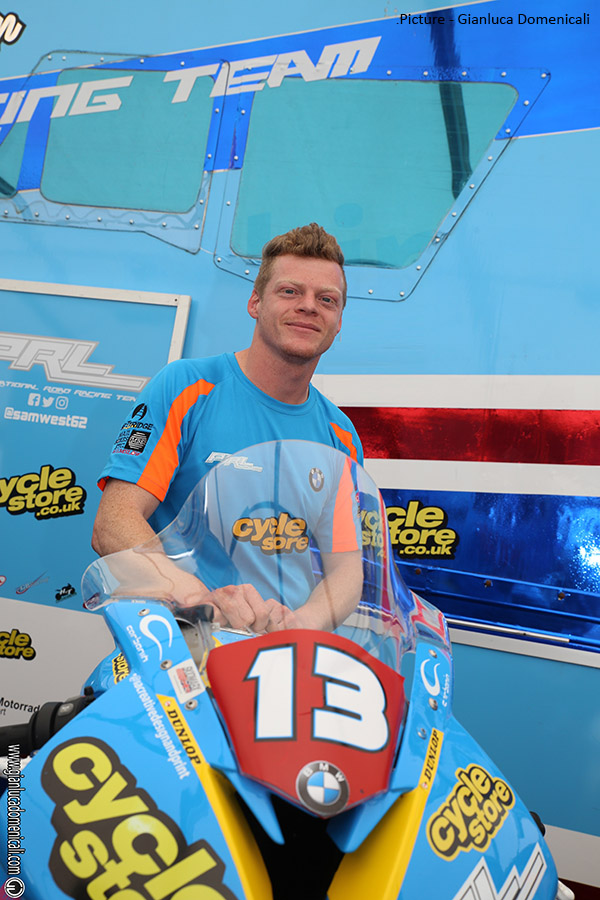 Wilmslow road racer Sam West has put his entry in for the Armoy Road Races.  With entries closing in just a week’s time, Sam who has established himself as one of the fastest rising stars of the TT Races, North West 200 and the Ulster Grand Prix, is looking forward to taking part in one of the best national road races in Ireland.

The Armoy Road Races will be his very first national race and he’s keen to race his new R6 Yamaha provided by DTR and supported by cyclestore.co.uk during the last week in July in Armoy.

Sam West said; “I’ve often thought about doing the national road races over the past ten years. Armoy and the Tandragree (100) were the two at the top of my list. I’ve been able to do the International races but taking time off work has always been difficult. This year I got talking to Bill (Kennedy) and that was it. I was sold and I had a bit more time to be able to do it this year, so will be going from the Southern 100 to Armoy then the Ulster and straight on to the classic TT. I’ll be a newcomer but I’m really excited about the 3.03 mile course especially Church Bends and the Lagge.

“Jonny Annett of OHA Motorsport will be helping out from Bangor as my number one and all being well I should be racing in the Supersport Races 1 and 2 along with the Open and the Race of Legends. Roll on the end of July!”

Bill Kennedy MBE Clerk of the Course said, “Sam (West) has had an impressive set of results at the TT, the NW200 and the UGP, placing sixth and seventh respectively. I’ve no doubt that he’ll be a great addition to the line up at Armoy.

“We’re now on countdown to the big event and with the closing date for entries, Monday 1st July, I would advise anyone thinking about entering to get their form submitted as soon as possible as the Club won’t be taking entries beyond the closing date. Entry forms can be downloaded HERE

“I’d just like to note that in the past we’ve been oversubscribed and that has its challenges so I really don’t want to turn away late entrants as I’ve got to adhere to a set of rules and guidelines. I’m sure there’ll be more announcements about who’s racing in the coming weeks. For now, I’d call on all road racers to get your entries in – don’t be leaving it until the last minute.”