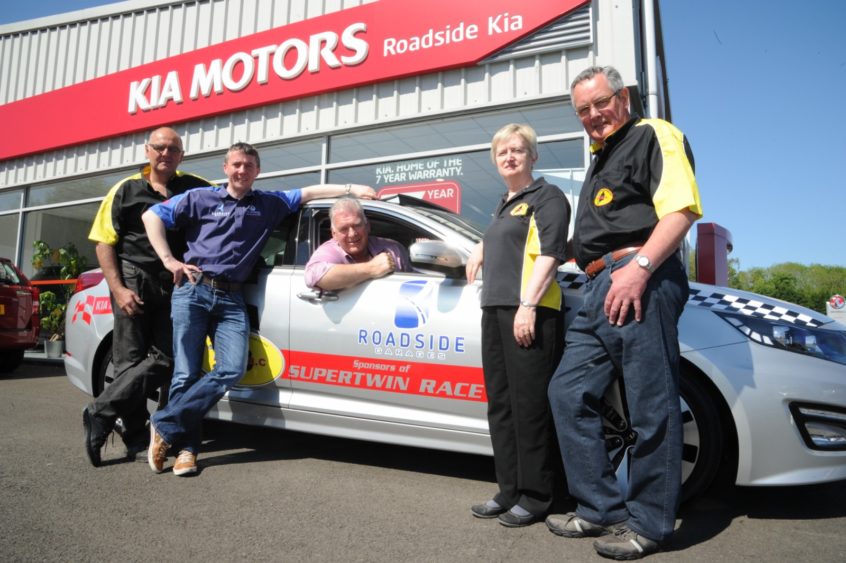 Armoy Motorcycle Road Racing Club has just announced that the title sponsor of their 2017 ‘Race of Legends’ will be Roadside KIA Coleraine.

The Coleraine based firm has also sponsored Michael Dunlop for the past three years.  They are a well-established and family run car dealership which offers new Kia cars along with an ever growing selection of high quality, great value pre-loved cars. Roadside has continuously assisted the Armoy Motorcycle Road Racing Club in one way or another over the years whether it has been sponsoring a race or supplying the Clerk of the Course with his car for Bike Week.

2017 sees the ninth year for the Armoy Road Races and as the youngest national road race in Ireland, there seems to be no stopping them as year on year the visitor figures increase. Armoy Road Races are part funded by Tourism Northern Ireland and the Causeway Coast and Glens Borough Council and it attracts some of the best-known names in road racing with brothers, Michael and William Dunlop, Derek Sheils and Derek McGee, but more information on who’s who at Armoy in the coming weeks.

Bill Kennedy MBE, Clerk of the Course said, “2017 is set to be a good year and with Coleraine company, Roadside KIA, on board as title sponsor we are all very happy. I’m not going to make any bones about it, I wish we had this sorted a few months ago but it’s all go now, given this announcement.

“We’ve our launch of the Armoy Road Races fairly shortly after the IoM TT has finished, so there will be a few more details to learn there on what is happening at the end of July.

“I would at this stage, on behalf of the Club and personally, like to thank David Boyd and Ian Lamont of Roadside KIA for their commitment this year to the Armoy Road Races. We’ve some fantastic sponsors this year, some of who, thankfully, have been with us since year one and others that are brand new to road racing.

“I look forward to working with David and Ian. They are both keen road racing enthusiasts, particularly given their kind sponsorship of Michael Dunlop.”

The Armoy Road Races are one of Northern Ireland’s prime motorsport gatherings, attracting motorcycle riders both locally and internationally, and Roadside Garage’s commitment to the Armoy Road Races underlines the popularity of this annual event.

David Boyd of Roadside Garages said, “I didn’t hesitate when asked to support the Armoy Road Racing Motorcycle Club and the Race of Legends 2017. Having been involved with road racing in one way or another for a number of years including the Armoy Road Races this was an easy decision.

“Roadside KIA is a local company serving the local community, this is our way of helping the wider community as well as being involved in one of the best road races there is. The Armoy Road Races and the Race of Legends epitomises all that is great about this sport.”