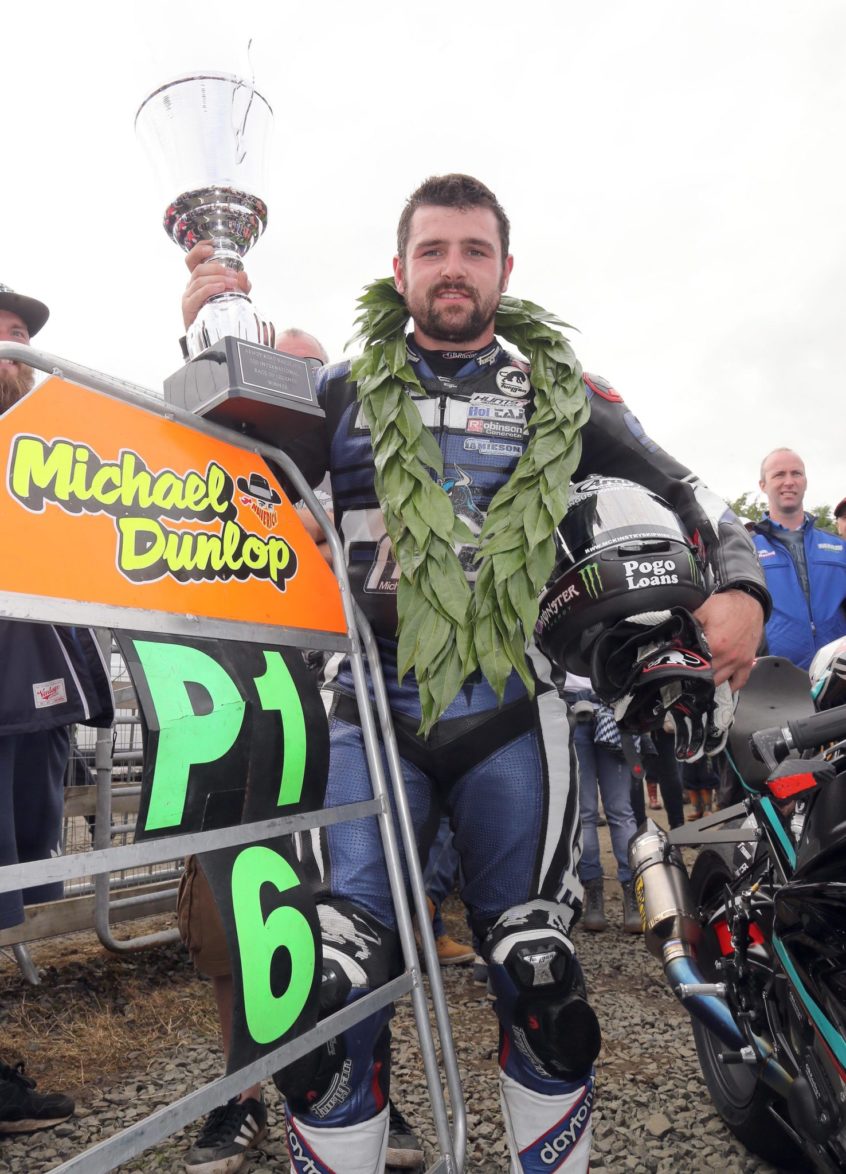 MICHAEL Dunlop MD Racing has confirmed his entry for the Roadside Kia Race of Legends 2017 for the Armoy Road Races on the 28th and 29th July 2017.

28-year-old Michael Dunlop, who has raced at the Armoy Road Races every year, will be entering the two, First4Printing and Bayview Hotel, Supersport races, the Torquetronix Open Race and the biggest race of the day, the Roadside Kia ‘Race of the Legends’.

Michael has a great affinity with Armoy and loves riding one of the greatest events in Ireland’s road racing calendar.

Having won the Race of Legends for six years in a row, Michael will be set on retaining the Roadside Kia Race of Legends title but with many in the mix including McAdoo Racing Kawasaki James Cowton, Mullingar man Derek McGee, and Michael’s brother William Dunlop on a Temple Golf Yamaha, Bill Kennedy believes that Michael will be hard to beat. 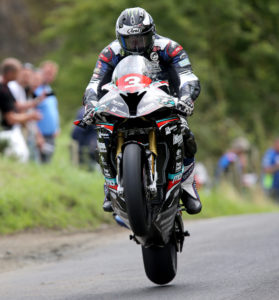 “I’m absolutely delighted that Michael [Dunlop] will by racing this year and vying for the sought after title of Roadside Kia Race of Legends Winner. Michael has done exceptionally well this year particularly at the TT and the Southern 100, where in addition to setting a new race record pace and a new lap record, he secured his third Southern 100 Solo Championship. I’ve no doubt Michael will be on fine form at Armoy.

“This year’s event is shaping up to be a really good event. We’ve riders from all over the UK and the South and I am confident that we are going to see some exceptional road racing again this year.

“We’ve 41 newcomers and nine Moto3 riders. There are some exceptional riders this year particularly the up and coming and I’ve no doubt that they will be out there to win,” added Bill.

International riders include many from the Republic as well as newcomers, Mathias Winkenjohann from Germany in the Senior Support race, Chris Meyer from Germany in the 125cc race, Patricia Fernandez from USA in the Supersport and Open races and Roger Chen from Taiwan fulfilling an ambition to race at Armoy in the Classics.

This year there are two races on the Friday night with the Park Electrical Service and Armoy Construction Senior Support Race 1 and First4Printing Supersport 600cc (Race 1).

Bill continues; “Bike week will commence with the Armoy Ride Out on Sunday 23rd July and later that evening the Church Service will also take place at 6.00pm in St Patrick’s Church Hall led by Reverend Easton where everyone is very welcome. Channel 4, will be there as part of a documentary screening on Sunday 7th August at 7.30pm, followed by race highlights.

“If our VIP corporate hospitality is anything to go by we’ve folk from as far away from Norway, Italy, Aberdeen in Scotland and Wexford in Ireland.

“Our Facebook and Twitter social pages are also extremely busy with lots of engagement, so all we need now is the weather.

Please support the Armoy Road Races by buying a programme. They are available from the AMRRC office, the Mace Shop in Armoy, the Petrol Station in Armoy, Biesty’s Centra, Ballymoney and theTown Hall in Ballymoney, from the Tuesday 18th July  and cost £15.00 or €17.