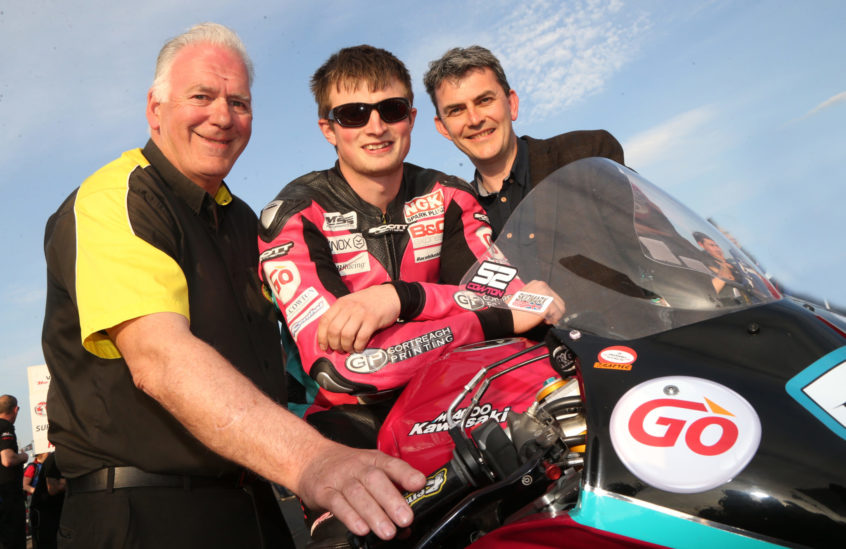 Clyde Shanks, specialists in guiding development projects through the planning process and securing valuable planning permissions for clients active across a myriad of sectors, explained why he and his Company got involved with the races this year.

Clyde said, “I’m from the North Coast and while growing up I was very aware of the world of road racing, particularly the NW200.

“I used to knock about on the Coast Road on a Sunday with former road racers, including Adrian Archibald from Ballymoney and Ian Morrell from Portstewart, and for the Company and I, it was a very easy decision to put something back into the community where I grew up.

“We are very happy to be sponsoring the Supertwins race and supporting this fantastic local event. It is undoubtedly the best national road race in Ireland and my team and I are looking forward to a great couple of days’ road racing at the end of July!”

Bill Kennedy MBE, Chairman and Clerk of the Course, said, “The Club is absolutely delighted to have Clyde Shanks involved with the Armoy Road Races this year. It’s great to see a local Northern Ireland firm see the potential in our national road race and teaming up with us to make 2017 a great event.

“In 2016, the Supertwins race was one of best races of the day with any one of some six road racers possible winners. Fiercely contested, it saw McAdoo Kawasaki’s James Cowton take the podium with Michael Sweeney in second place, just 0.091 of a second behind him and former British 125cc champion, Christian Elkin, in a very respectable third place.

“The Clyde Shanks Supertwins race will be a race not to be missed this year!”