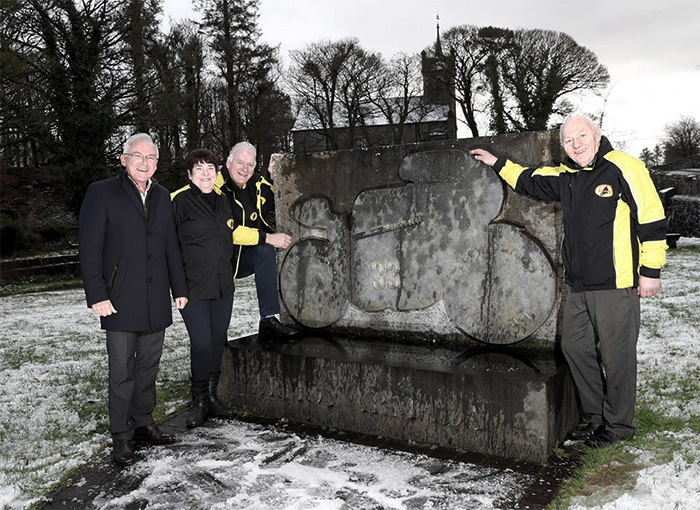 PORTBALLINTRAE’s Bayview Hotel has returned as title sponsor, for the third consecutive year, of the Armoy Road Races’ Race of Legends. Owner Trevor Kane, a keen motorcycling enthusiast, has been involved with the sport for many years, with the Bayview Hotel also playing an instrumental part since the formation of the event.

Trevor, keen to support the road racing community, particularly those on his doorstep, has been an integral part of the Armoy Road Races and sees it as a great fit for his family run hotel, which overlooks the harbour and the ever-changing Atlantic Ocean. The hotel is always home to many road racing competitors and fans during Race Week.

Bill Kennedy MBE to remain as Clerk of the Course, taking a step back from the overall running of the event in 2020, Bill, a central figure in the Armoy Motorcycling Road Racing Club, will continue the role as Clerk of the Course. This year also saw some changes in the structure of Club with Chairperson, Jean McPherson, who has worked tirelessly year on year in a variety of roles, taking up the baton to manage and run the event alongside the management team, including Mick Colgan, another long-term Club member, who has been appointed as President.(all pictured above)

Jean McPherson, Chairperson of the Armoy Motorcycling Road Racing Club said, “The Bayview Hotel and Trevor Kane are synonymous with the Armoy Road Races. Trevor has been a great friend of the Club and has been a mainstay of the races these past 12 years. Without him and other sponsors, the races just wouldn’t take place. Their participation and much needed monies are vital to the running of any national road race.”

Speaking about his role as Clerk of the Course Bill Kennedy MBE commented, “I had anticipated taking a complete step back from the running of the races, however the Club said they needed me so I’m looking forward to continuing the role. I will be doing a lot less of the organising as there are many valuable individuals who have the knowhow and understanding to run these races.

“I’m also delighted to see Trevor Kane and the Bayview Hotel returning as title sponsor. His commitment to the Club and the Armoy Road Races is unswerving; we can’t thank him enough. He has a wonderful hotel and the recent refurbishment is outstanding. It is a credit to him and his team.”

The family run, Bayview Hotel, which was recently awarded four-star status, specialises in promoting Northern Ireland as the perfect holiday destination and is situated at the heart of the picturesque village of Portballintrae, overlooking the Causeway coastline.

Trevor Kane, owner of Bayview Hotel added, “There really is no debate; I love road racing and the Armoy Road Races are a huge part of that. I’m delighted that I’ve been on this journey with the Club since day one and I know what a great job the Club does. They have built something really special here on the North Coast and I have seen how it brings increasing numbers of visitors year after year.

“I would encourage anyone to get involved with the best national road race. Partnering with the Club was an easy decision given my love of the sport and the amazing job they do in organising one of the most eagerly anticipated events in the road racing calendar.”

This year, Bike Week runs from Saturday 18th July until Saturday 25th July with the races taking place on Friday 24th July and Saturday 25th July 2020 culminating in the BAYVIEW HOTEL‘Race of Legends’.  For more information on the Armoy Road Races, visit ‘AMRRC’ on Facebook or follow us on twitter @ArmoyRoadRaces.