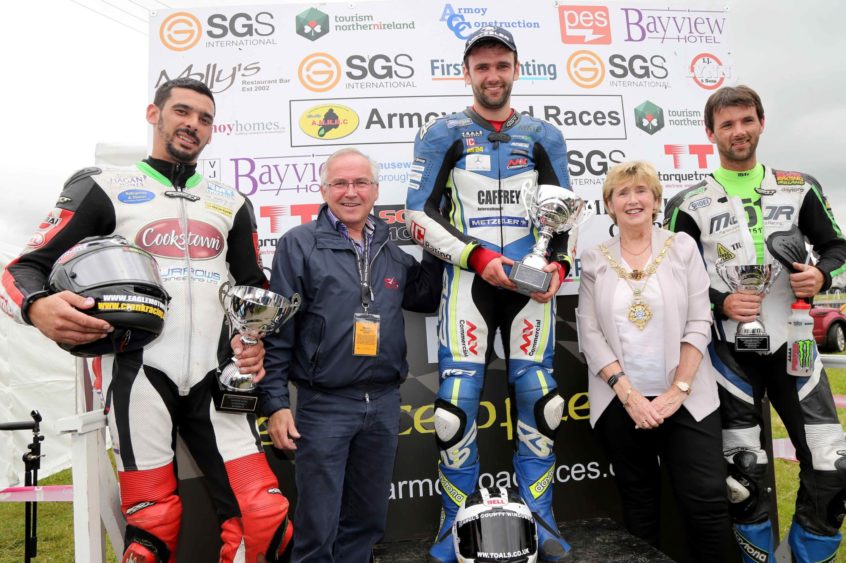 The annual Armoy Road Races, which take place on Friday 28th July and Saturday 29th July 201 builds on its local tourism with the aim of attracting visitors to the area from far and wide.

Armoy Road Races continue to attract large crowds of spectators and bike enthusiasts and has grown significantly year on year in its turnout figures. Organisers hope that this year will be no different.

President of the Armoy Motorcycle Road Racing Club, William Munnis said, “Undoubtedly, there has been a vast increase in tourism to the North West over the years, with significant interest in the Game of Thrones filming locations, especially here at the Dark Hedges. We’re finding that, whilst that may be a draw to get tourists here, once they are here, they’re interested in our culture and our heritage, and road racing plays a huge role in the North Antrim area.

“Armoy Road Races are well established in County Antrim and the Causeway Coast and Glens, and by offering a series of events throughout the week we are encouraging visitors not only to visit the area for the day but to lengthen their stay, thereby investing in the local and wider areas. It’s of course helpful that we have the Giant’s Causeway, Carrick-a-Rede Rope Bridge and The Dark Hedges nearby.

“It is essential that we attract people to the area to sustain businesses and to keep our economy afloat. Armoy and the surrounding areas have so much to offer visitors and we appreciate the support we receive. We are incredibly proud that the Armoy Road Races works to attract tourists, adding to the local offering.”

Local hotelier, Trevor Kane who owns the Bayview Hotel in Portballintrae and sponsors the Supersport Race 2 as well as local rider William Dunlop, said, “The Armoy Road Races builds on a fantastic road racing heritage locally with the legacy of the Armoy Armada and Joey Dunlop.

“The continued growth and popularity of the Armoy Road Races really is testament to the effort and support put in by the Armoy Motorcycle Road Racing Club. To have such a great event, which is unique to the area, just on our doorstep is a brilliant opportunity for encouraging visitors to stay and enjoy all that the area has to offer.

“It’s great to see people return to see the races year on year and stay with us here at the Bayview Hotel. The road racing community is very supportive of the local area, which comes alive around the time of the races. We have tourists from across Ireland, North and South, as well as international road racing fans coming to the races. This leads to money going straight into the local economy as the visitors support local businesses.”